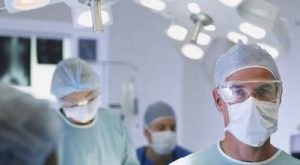 Iga nephropathy is a kind of chronic glomerular nephritis which is featured with immunoglobulin A(Iga) deposition on mesangial region of glomeruli of our kidneys. Because with long time stay of Iga, our glomeruli can be inflammed, damaged and sclerosis,in which course the kidney can’t filtrate waste well in our blood. Surely this disease can also lead to kidney failure eventually.

Generally, Iga is common seen among children and young people whose age is from 16-35 and men is more than women. This disease has no symptoms at the early stage and it can prolong several years. That means, it develops slowly which is difficult to be detected by people.

Severe edema can be seen on ankles, two legs and lumbosacral portion.

After known these symptoms of Iga nephropathy, we hope you can notice in your daily life. Do your best to avoid cold or any infections and keep good mood which is good for preventing this disease and your recovery.

Almost 90% of patients with kidney disease will have protein leakage in the early stage. It must be aware that proteinuria plays a vital role in the development and prognosis of renal disease. How does TCM treat proteinuria of chronic nephritis?

As the saying goes, more preparation may quicken the speed in doing work. It is a must to understand the cause of proteinuria from chronic nephritis.

Everyone knows that the kidney is the organ that produces urine. And the urine that is normally excreted does not contain anything useful. However, when the kidney is damaged for various reasons, the glomerular filtration membrane is also damaged. The glomerular filtration function of the useful substances in the urine is reduced, and the reabsorption capacity of the renal tubules is also reduced. So the protein and the like in the plasma will leak out into the urine and proteinuria is formed. Normal people also have protein in their urine, but the amount is very small, usually not more than 150mg. 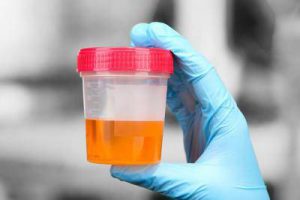 On the one hand, urinary protein, as an independent risk factor, will affect the progress of renal function. For patients who can control 24hrs proteinuria below 0.5g, they will be more easily to protect the residual renal function and prevent the deterioration of the condition.

On the other hand, consistent proteinuria not only accelerates the progress of renal function, but also affect the development of a series of complications due to kidney disease, such as cardiovascular disease, hypertension and etc. Therefore, controlling proteinuria can also prevent complications so as to reduce patients’ risk. As long as the proteinuria get controlled, chronic nephritis is cured half. How does Chinese medicine treat chronic proteinuria?

Chinese medicine treatment of chronic nephritis proteinuria starts with the cause, blocks the progress of kidney damage, clears immune complexes, actively repairs damaged kidneys, restores kidney function, and prevent protein leakage from the root, so as to achieve the goal of treating both the symptoms and the disease.

This is why many foreign patients visited our hospital for Chinese medicine treatment, after ineffective treatment from west medicine in local. Proteinuria is an early marker of chronic kidney disease. The more protein in the urine, the more severe proteinuria is. And it also means that the renal function is more severe. However, different pathological types can have difference in protein leakage, more proteinuria leakage does not necessarily mean that your condition is also more serious.