All Posts in Category: Renal Insufficiency

Polycystic kidney disease (PKD) is a genetic disease (passed from an affected parent to their child) causing uncontrolled growth of cysts in the kidney eventually leading to kidney failure.

PKD affects thousands in the United States and millions worldwide – and yet, many people have never heard of it. Learn basic facts about what PKD is, how it impacts people and how the PKD Foundation helps. The more people who know about PKD, the closer we can get to treatments and a cure. Together, we can raise awareness and fight PKD.

Surely a good diet and life style can also do great help in prevent risk of PKD patients. So you need pay special attention to it. 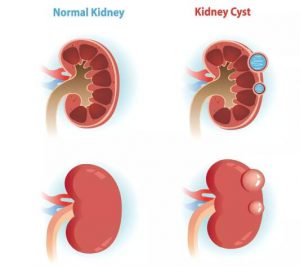 Tips for a healthy diet and lifestyle include:

· Aim for a balanced diet that is low in salt, sugar and fat

· Limit how much alcohol you drink

If you have any concerns, always ask your doctor before making any changes to your own or your child’s diet or lifestyle.

If you still have any other questions, please tell me freely.

Each thing happens for a reason, such as kidney disease. Here are many reasons of kidney disease that be ignored by people. Except some primary cause like hypertension, diabetes or heart disease. We would like tell you some main causes based on our clinical experience. 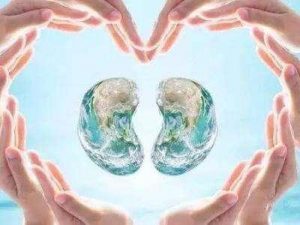 3. Adverse external environmental factors, such as wind, cold and dampness, will lead to the reduction of the body’s own immune function and disease resistance.

4. Overwork reduces the immunity of human body, which will lead to this disease in the long run.

5. Long-term holding urine is not only easy to cause bladder injury, but also bacterial reproduction. Once it returns to the ureter and kidney, toxic substances in it will cause kidney infection, which will cause urinary tract infection, even uremia.

6. Misuse of drugs is the common seen reason.

A lot of cold medicine, antiphlogistic painkiller, reducing weight medicine and Chinese herbal medicine have kidney toxicity, and these drugs are used widely. The citizens that do not have medical knowledge is dangerous. Obese people are prone to chronic diseases such as high blood pressure and diabetes, which, if poorly controlled, can damage the kidneys in the long run, indirectly causing the disease.

Too much salt is also a trigger.The main component of salt is sodium chloride . Sodium is our necessary mineral nutrients. Chloride is helpful to gastric juice production and maintain the osmotic pressure of blood . But if the the sodium level is high in our blood, it may cause swelling and high blood pressure. As we all know high blood pressure can lead to kidney disease.

Now that you know some reasons of kidney disease, we hope you can have a good habit of life and diet to prevent kidney disease. If you have any questions, please contact us freely.

Many patients with renal insufficiency said that local doctors told them that there was no way to treat it, waiting for dialysis，after the blood creatinine was over than 300-400.No one wants to dialysis, but doctors already to say like this. Is it really just watching the blood creatinine keep rising?

Why does the doctor let you wait for dialysis? In fact, this statement is not a problem in itself, but it is more objective.

Because in the current treatment of nephropathy, the conventional treatment plan is mainly symptom suppression, that is, the so-called treatment only solves the continuous damage of kidney cells by “curve” by eliminating urinary protein, edema, inhibiting infection, and reducing creatinine.Problem does not directly affect kidney cells

In fact, it is not only the treatment of kidney disease, but also the treatment of other chronic diseases.For example, diabetes only regulates blood sugar and blood pressure. There is no good way for the body’s own insulin secretion, tolerance, lipoprotein synthesis, storage, etc.

Therefore, when the serum creatinine of patients with renal insufficiency rises to 300 to 400, it means that the kidney damage has exceeded 70%, and drugs such as Kaitong and Niaoduqing have no effect.Treatment method, and the blood creatinine has not reached the level that requires dialysis, so “waiting for dialysis” can be considered a relatively objective statement

Don’t want to wait? How to do?

At present, for chronic renal failure patients with serum creatinine below 500 μmoI / L, how do doctors do it? Uduqing granules, Haikun Shenxi capsules.

These two proprietary Chinese medicines, I believe everyone is not unfamiliar.Why do these drugs reduce blood creatinine? These two drugs have the effect of reducing turbidity in Tongfu. This is a Chinese medical theory, translated into Western medical theory: These two drugs can improve kidney blood circulation by improving kidneyDetoxification ability, which reduces blood creatinine.Therefore, improving blood circulation is the top priority in the treatment of renal failure and uremia.

In fact, hemodialysis is also for this purpose, but it is done more thoroughly and the blood is introduced outside the body for circulation.In the Department of Nephrology, Hebei Traditional Chinese Medicine Liver Hospital, we use “integrated Chinese and western medicine” to treat renal insufficiency. We use western medicine to eliminate clinical symptoms such as urinary protein and edema, and use Chinese medicine to improve renal microcirculation.

In the Nephrology Department of HHHTCM, when we treat the disease. Creatinine reduction is not the ultimate goal from our treatment. The most important factor for renal insufficiency is to protect renal function, retain residual nephrons, regulate human immunity, and repair damaged kidney tissue, improve kidney microcirculation and restore kidney function.

The value of creatinine reflects renal function. The increased creatinine is caused by kidney damage, toxins accumulated in the body and exceed the normal value seriously..

Instead of spending a lot of time and money staring at a number, it is better to save money to protect kidney function, preserve residual nephrons and repair damaged kidney tissue. As long as kidney function recovered well, creatinine will come down naturally.

So how to do it specifically?

Renal insufficiency is caused by a variety of reasons (the most common is nephritis), with severe damage to the glomeruli, which makes the body a clinical syndrome of disorders in excretion of metabolic waste and regulation of water electrolyte and acid-base balance. At this time, a systemic treatment plan combining Chinese and western medicine should be adopted. According to the different conditions of each kidney friend, syndrome differentiation and treatment should be performed to remove the factors that damage kidney function and prevent it from continuing to damage kidney function.

Such as proteinuria and hypertension

Such as anemia, calcium and phosphorus disorders, hyperkalemia, metabolic acidosis and so on. Controlling these complications will be of great help in delaying the progression of kidney disease. In addition to reasonable medication, a reasonable diet must be also noticed.

It also makes it possible to further reduce kidney function and even speed up end-stage renal disease. That is uremia. As long as the standard treatment of patients with renal insufficiency, the same can be controlled to avoid the development of uremia.